The XX are surprisingly good.  Give a listen.  (It might take a few times, but its minimalistic sound is very appealing.
Posted by SRL at 9:25 PM No comments:

11 free Mojo Nixon Albums are for the taking on Amazon.
Posted by SRL at 1:31 PM No comments:

¡Guerrilla Bootleg! Promising.
Posted by SRL at 9:14 PM No comments: 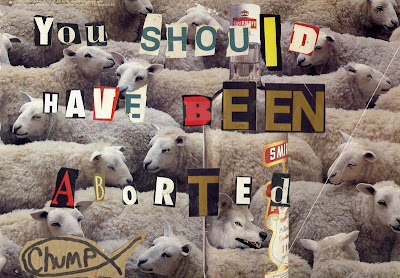 A.K. Klosowski & Pyrolator - Home Taping Is Killing Music. One of the first sampling albums. It's worth hearing again and again.
Posted by SRL at 9:04 PM No comments:

A look inside Obama's mind...

I'm not a very good fascist pig, but I'll give it my best shot. I'll think of something. I will keep doing the same thing. I will keep the same people hanging around so I can blame them when things go wrong. I don't know what I'm doing. Fake it until you make it.

I'm under no illusions. I know I could have never taken the presidency if my opponents and the incumbent not been real losers. George Bush was the key to my success. Ha Ha Bitches.

Frankly, I wish I were a Prime Minister. I don't know anything about administration. I could care less. I'll just tell congress to draft up a bill to sign. When things go pear shaped, they'll be easy to blame. Nobody likes them anyway. Your loss is my gain. Ho.

In a town of whores, I fit right in. I learned a thing or two from the Chicago Machine. You can say anything, but you had better know who your real patrons are. Guess what? It ain't you. Hope away chump. 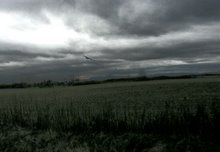